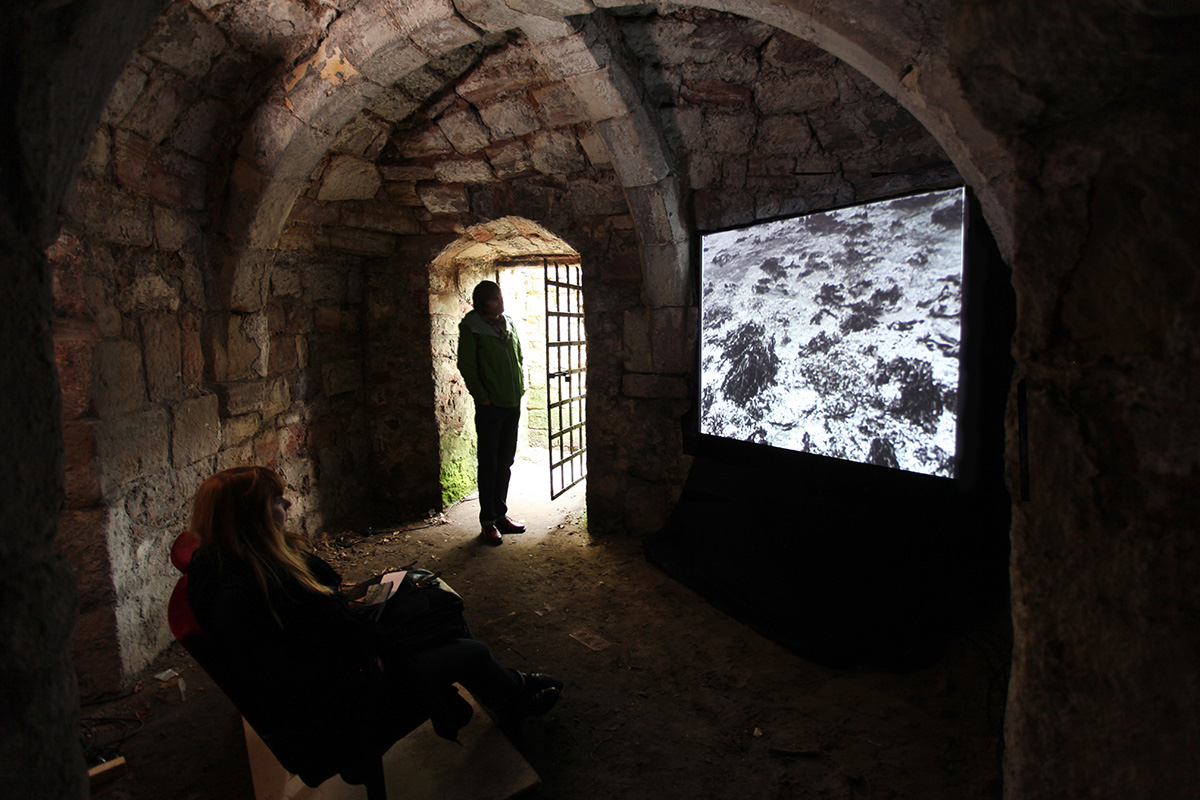 Granfer is a collaborative film conceived by Adam Phillips and Sally Madge, and directed by Adam Phillips. Granfer (a variant of ‘grandfather’) is a 16mm film shot on location at the site of a small stone shelter on the northern shore of Lindisfarne, and features a mysterious creature leaving its home on the ancient coastal rocks to start an uncertain journey with an unknown purpose.

The film premiered at Berwick Film & Media Arts Festival in September 2014. It was installed in Coxon’s Tower, which looks out to sea facing back to Lindisfarne where the journey begins.

For more information about the exhibition visit Berwick Film and Media Festival’s website.

Adam Phillips is an artist and curator based in Newcastle upon Tyne. He is the co-founder and director of CIRCA Projects, a curatorial organisation that has commissioned and organised new exhibitions and events in venues across the northeast region since 2009. He also co-runs Foundation Press, a risograph printing press based within the University of Sunderland’s Foundation Art and Design programme where he is a tutor in Lens-based Media and Fine Art.

Sally Madge is an artist and curator based in Newcastle whose practice is site-responsive and performance-based. She has worked for a number of years as senior lecturer and course leader at Sunderland University in Performing and Visual Arts. She exhibits widely and has recently presented a performance lecture for Cloudscape, a BxNU symposium at Baltic Centre for Contemporary Arts, Gateshead.